Posted by Petar Bo in Cleaning Inspired by You

If I had a penny for every time somebody asks what it is that attracts spiders into a house, I’d have enough to fund a research program dedicated to answering the question once and for all. The approximate answer, though, is hardly a surprise – spiders will make a home for themselves anywhere that they can build webs and catch prey. It is arguable, in fact, that the presence of a spider or two is your home’s best defence against flies. Then again, this is hardly much of a comfort for people who would rather not share a room with the eight-legged species. So, what else do spiders like besides space to pitch up their webs and flies to fly into them?

How to Make Your Home Less Attractive for Spiders

For one thing, obvious though it may sound, spiders need a way in. While it is neither a good idea nor a practical one to seal your property completely, there are some simple and practical ways in which you can make it that bit clearer to spiders looking for a home that they aren’t welcome chez toi. Spiders are far more likely, for one thing, to climb up window frames and walls that are easy and inviting for them to climb. Repainting your window frames and keeping them clean is not just a good way to turn down the ‘enter here’ sign, but it’s also a nice thing to have done for its own sake. You can get the same benefits from keeping your doorways and gardens clean and clear of dirt, and from washing your windows.

Then there are cracks. If your house is an older one, your walls will have thousands of cracks, coves and crannies. This is no bad thing in itself – the English are famously fond of character in their homes and with good reason. Cracks makes good entry points for our octopedic invaders, though, and by sealing up obvious entry points you can give spiders more hints that they aren’t invited to the party. It might take a bit of time to identify any entry points used by resident spiders, and if you’re very keen to get your rooms spider-free, a pest removal company might be able to pop around and do this for you. Pest control companies are often more ‘in tune’ with the sorts of places spiders will choose to come, go and hide in.

One final point mentioned in passing above but worth emphasising is that, generally, spiders can be discouraged by a little officious cleanliness. It isn’t just that the creatures are less partial to gleaming surfaces than people are – it is also a great way to cut back on the thing a spider needs more than even a pleasantly dirty walking environment – food. If your house is free of flies, it stands to reason that spiders will be less keen on hanging around.

Needless to say, all of these solutions are long-term ones. If you are faced with an unwelcome invasion of spiders and would very much like to have them gone as soon as possible, it might be worth calling in spider pest exterminators, such as Panther Pest Control. If the prospect is bearable, though, we’d recommend taking a stoic view and reaching for the cloth instead of the phone.

When is the time to hire a cleaning company? 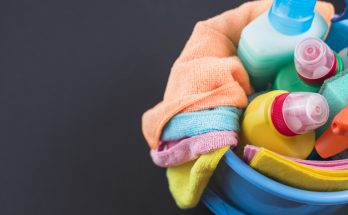 Cleaning company near me in London 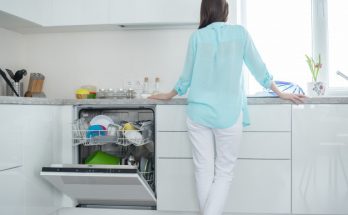 How to Maintain Your Dishwasher: Do’s and Don’ts | Domestic Cleaning Tips

Vip Cleaning London – be VIP in your own home

Professional bar cleaning by Vip Cleaning London – why, when and how much

Regular home cleaning – your chance to always be “clean”

How to get a perfectly clean refrigerator?